With a population of more than 5 million, Finland has developed its economy and extensive welfare system such that it currently is one of the most stable countries of the world. People of different cultures living in the country, enjoy freedom and liberties required to live a satisfied and a happy life. The country is also full of attractions which attract a large number of tourists every year. The country has a large number of lakes which have high quality water and are surrounded with forests. The deep green woods and forest surrounding the lakes and water bodies provide a calming and a serene effect to the location and is thus a great source of attraction for nature loving tourists. Another highly famous attraction in Finland is the Santa Claus Village situated in the town of Rovaniemi. The country also has a number of castles which relate the history of Finland through their remains and their ruins. The museums of Finland have artifacts of the history which are proof of the industrialization and the revolutions, the country underwent.

Winter sport is highly common among the local residents of the country and to facilitate the tourist, many winter sport locations are also made, which have ski tracks running around the northern areas of the country. Other sports offered are ice yachting, ice skating and ice fishing in frozen lakes. 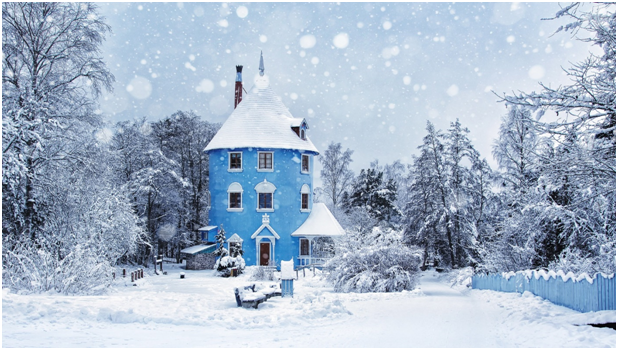 The country experiences hot summer days which transition into freezing winters. The summers are warm but short, as they span over only two to three months. The maximum daily temperature experienced in the summers is above 25 °C along with constant heat waves. For most part of the North Finland, the summer months consist of the sun not setting for consecutive days, causing hot days and nights. The winters are relatively longer in Finland as they stretch from December to late May. The temperature remains below 0 °C on any average winter day, while during the extreme winter days the temperature may drop to -30 °C. Let’s read below our monthly guide to the weather in this breathtaking country:

Finland faces a very cold January. The average daily temperature reaches around -5°C throughout the month while the highest during the day and night can be -1°C and -9°C freezing cold. There is expected to be 60mm of average precipitation mainly in the form of rainfall over a 16-day time period. Travelers hoping to embrace the chilly weather will enjoy the ice-skating rink at Rautatientori Railway Square in Helsinki’s city center.

This is one of the coldest months of the year here in Finland. The average daily temperature reaches around -6°C while the highest that it can get during the day time is still below freezing temperature reaching almost -1°C and the nights are even colder at -10°C freezing temperature. There is a probability of 40mm of rainfall during this month in Finland over a scattered area usually spread across 11 days of the month. Visitors willing to bundle up and head outdoors will find a wealth of parks and monuments throughout Helsinki. The Johan LudvigRuneberg statue in Esplanadi Park should be included on any historical tour through central Helsinki.

As the days are passing, there is a gradual increase in the daily temperatures here in Finland. The average daily temperature reaches around -2°C across this whole month while the highest and lowest temperatures reach almost 2°C, merely above the freezing temperature. The nights are still freezing cold touching almost -6°C. There is approximately same amount of rainfall like the previous month totaling to about 40mm over a 12-day time period. With the weather still cold in March, travelers will want to look for indoor entertainment. Casino Helsinki offers a fun indoor evening for travelers.

The weather is still cool at this time of the year around in Finland. The average daily temperature reaches around 4°C while the highest and lowest during the day time and night time may reach approximately 8°C warm and -1°C freezing cold. The precipitation is mainly in the form of rainfall spread over a 13-day time period. For a truly unique look at the city, take to the sky on a helicopter flight over Helsinki. Available for 1-3 people, this outing is not for a traveler on a budget, but it will surely be one to remember.

The spring season is slowly making its way here in Finland during this month. The average daily temperature reaches almost 10°C while the highest and the lowest temperatures to be recorded during this month reach 15°C warm and 4°C chilly during the days and evenings. The rainfall is consistent over a 14-day period reaching almost 40mm in total volume. After walking through Esplanadi Park, visitors are rewarded with the Havis Amanda fountain and sculpture at the Market Square end of the park which is a must see. 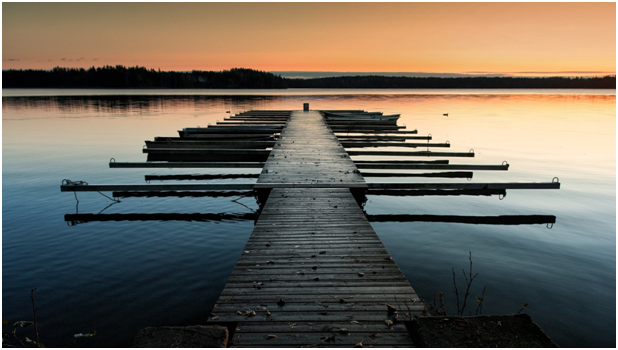 Despite being the beginning of the summer season, the average daily temperature still remains cool touching almost 14°C while the highest and the lowest temperatures at this time of the year touches 19°C and 9°C. The rainfall a total volume of about 60mm over a 17-day time period. Travelers to Helsinki in the summer will have a variety of fun, outdoor options to explore that they wouldn’t be able to enjoy in the winter. Linnanmaki Amusement Park opens in late spring and has long hours throughout the summer for guests to enjoy the park.

This is the hottest of all the months here in Finland however the weather is still mild and warm. The average daily temperature touches approximately around 21°C while the highest during the day can be around 21°C and the nights at 12°C. There is plenty of rainfall during this month touching almost 70mm over a course of 15 days. Travelers hoping to see more of the city may wish to rent a bicycle. The city is home to more than 150 bicycle stations at which users can pick up or drop off bicycles.

This is the turning point for temperatures and rainfall here in Finland as the temperatures had reached their maximum. The mean temperature during this month is around 15°C while the highest and lowest temperatures are roughly around 19°C and 11°C during the day and night time. There is 90mm of rainfall, the maximum that can be recorded here in Finland over a 17-day time period. Though the sun starts to set a little earlier in late August, the weather remains comfortable, making this an excellent time of year to enjoy Finland at night

Following the mild summers, Finland reaches the autumn season by the start of September. The average daily temperature reaches roughly around 10°C while the highest and lowest during the day and evenings may get to 14°C and 6°C. There is approximately 80mm of rainfall in Finland during this month spread over a 15-day time frame. Located on one end of Esplanadi Park near the South Harbor, the Market Square is a bustling outdoor marketplace that braves the weather throughout the year. One of the most popular market squares in the city, booths sell traditional market foods and treats.

The average daily temperature has now reached almost 6°C while the highest and the lowest during the day and night can be around 8°C and 3°C. The temperatures are now slowly decreasing with each passing day. The country enjoys 70mm of rainfall during this month spread over a 20-day time period. This means that it may be raining for most time of the month so it is recommended to keep an umbrella handy when going out.

November arrives with a chilly daily mean reaching almost 0°C. The temperatures are now reaching the freezing point. The days are getting shorter and colder day by day. The highest and lowest temperatures during the day can be almost 2°C and the evenings and nights might reach almost -2°C. There is approximately 80mm of rainfall showers spread across 17 days of the week. The Kamppi Chapel of Silence is a unique experience for locals and tourists alike. Located in the city center, at the entrance of the bustling Kamppi Shopping Center, the Chapel is a calm break away from the city noise.

December brings below freezing weather to Finland. The average daily temperature reaches almost -4°C during this month while the highest that it can get is around 0°C and nights are still freezing cold at -7°C. There is roughly around 60mm of rainfall spread over a 16-day time period. An indoor option for travelers hoping to escape the cold is the Winter Circus. It runs from November until mid-January and features an international team of performers.

Visiting Finland and enjoying the attractions greatly depend on the weather conditions of the country. The activities taking place in Finland are highly dominated by the weather and the months as most of the attractions are adapted to the climate. The winter sports and lakes are best to be visited during the winter season. In order to experience and enjoy plenty of snow and winter sports, visiting Finland during December to March is perfect since the harshest winter prevails in the country. The best time to enjoy the natural attractions is Spring since the flowers and different plantations bloom in the forests. The lakes and the water bodies are also in their pure form and the snow melts, giving the location a nice breezy atmosphere. To experience the festivities and the different events taking place in the country, long summer days are the best. In order to fully enjoy the attractions and visit the museums, the time of visit needs to be planned accordingly. The country is full of beautiful monuments and attractions which enhance the beauty of the visit.

And before you start packing your bags now, to head to Finland, head to the German website Backpackertrail first; there you can find even more details about Finland.

Best leather passport cover with a name in India

Tired of Flight Search? Here is How You Can Survive this Task

Bus Traveling: A Journey of Pleasure